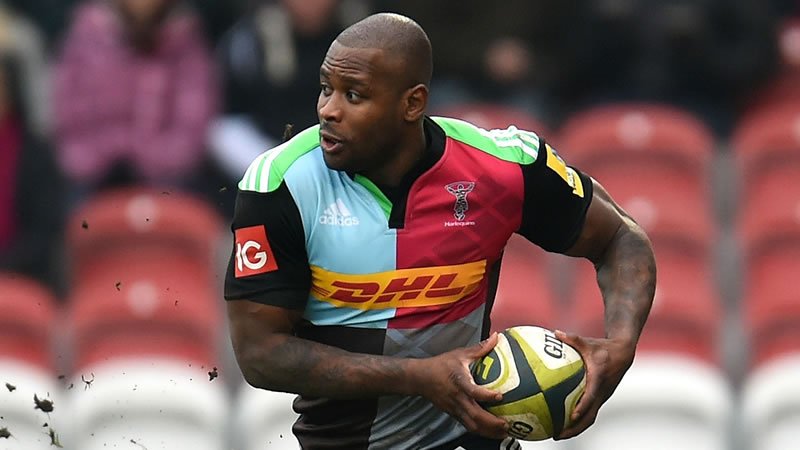 We are extremely excited to announce Ugo Monye, ex-England and Quins rugby player, will be joining us on our BT MyDonate Nine Hours Challenge.

Monye joins a number of BT staff taking on the challenge, such as head of BT Sport Simon Green and director of go-to-market and channel Sam Calvert, who heads up BT’s not-for-profit, online fundraising service, MyDonate, which collectively with other BT and non-BT participants hopes to raise tens of thousands of pounds for good causes.

The Nine Hour Challenge, created by pie and supported by BT MyDonate, involves a combination of mountain biking and hiking through the stunning trails and peaks of the Lake District within nine hours on April 23rd.

Other participants are raising money, via BT MyDonate, for charities including Action Medical Research, BBC Children in Need and Missing People.

The ex-England and Harlequins star will be undertaking the most challenging route, biking 38km with 1,000m of ascent in the morning, followed by an afternoon hike of 12km with 800m of ascent.

He said: “I’m really looking forward to taking part in the BT MyDonate Nine Hour Challenge and raising money for such a good cause, The Supporters Club.

“It’s going to take a lot of mental as well as physical strength to get through it. I am sure it will be a really tough experience but I will have some great people alongside me to help push me to the end and I can’t wait to start.”

Green said: “BT Sport viewers, through their membership of The Supporters Club, have raised millions of pounds for sporting good causes around the UK and overseas so I am delighted to be able to join in.

“It is going to be a tough nine hours but I am really looking forward to taking part.”

Calvert added: “The BT MyDonate Nine Hour Challenge is hugely important to us and the variety of routes allows people of all abilities to take part and raise money for their chosen charity.

“MyDonate doesn’t take commission on donations so we’re able to make an even bigger difference to these fantastic charities. I’m really looking forward to the challenge and know the team wish Ugo all the best.”