All through his life Duncan has never been far away from a bike. In the 1980s he was making suspension jump bikes from old moped parts & spending every spare moment at his local skate park or racing on his BMX.

After leaving college Duncan began a career in special events as a lighting technician & rigger commuting most days on his bike from his home in Hertfordshire to central London.

25 years later he finds himself living in the Shropshire hills & swapping lights for bikes working as a guide & leader with pie! 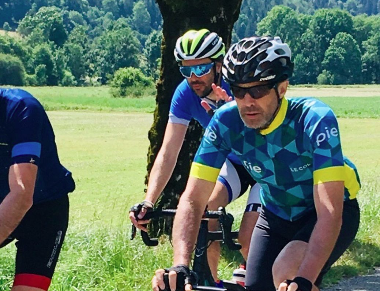