Ian is never happier than when he is on his bike. He started riding and racing when he was just 13. In those early days he competed in road races, time trials, track and cyclo cross… all on the same bike!

He has now returned to cycling after a break of nearly 20 years. Still competitive, he has recently ridden mountainous multi-day challenges over climbs in the Alps, Pyrenees and Dolomites, and many of the toughest one-day sportives.

He has been a member of the PIE team since 2011, guiding in Italy, Spain, France, Holland, Belgium and throughout the UK.

He looks forward to the adventures ahead, and sharing his love of life on two wheels. 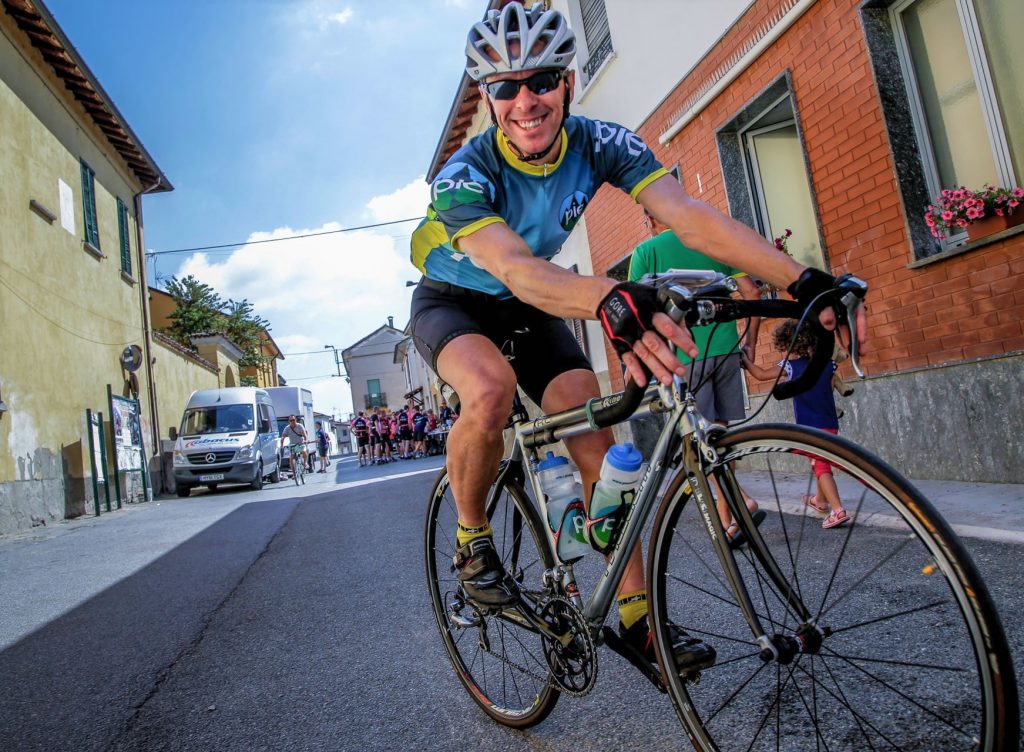