James was a professional mountainbiker for almost a decade, racing at the highest level and travelling the World all the major UCI mountain bike races and good enough to have a Wikipedia entry.   He now resides on the small Canarian Island of La Palma.

He also holds a world record for designing and fabricating the most fuel efficient road legal vehicle from July 15th 1998 set on Silverstone. Consumption…280ml/100km or 1015mpg! If you have the 2002 edition of the Guinness World records on your bookshelf then there you find it! He toured various places with this three-wheeled vehcile including Canada and the west coast of USA and clocked-up ten of thousands of miles using only coppers from down the back of the sofa to buy the gasoline!

He trained as a mechanical engineer and has worked as a draughtsman, technician, mechanic and in tourism. He prefers to work with bikes, guiding and racing, and has spent 30 years working within the world of human propelled wheeled machines. He has also raced motorbikes and is now found racing Vertical trail running races and noteably reached the podium in one of the International Sky Running Vertical races. 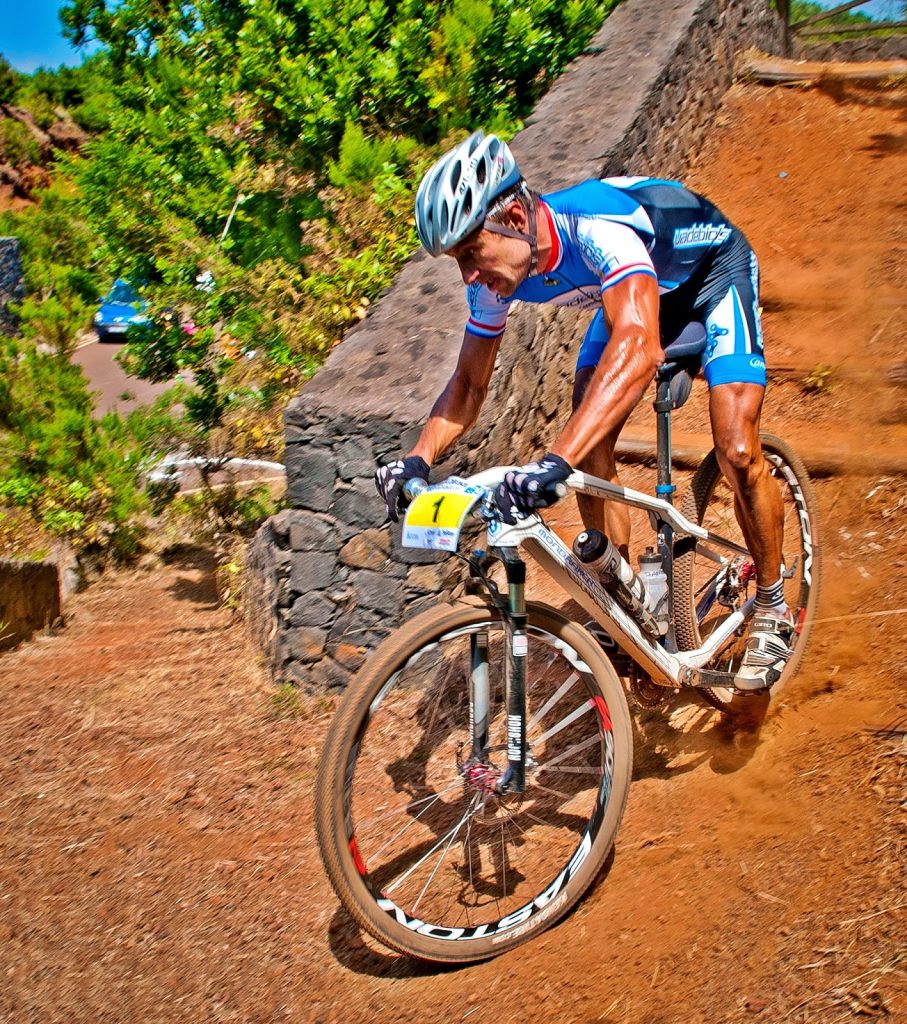