James lives for the outdoors. In the winter he can be found on the slopes of Avoriaz, France where he works as a part of their ski patrol team – rescuing stranded skiers and dropping dynamite from helicopters! In the summer, he works for pie – his wide skillset means he has various roles, from head bike guide to event manager, stores & logistics expert and occasionally (if we’re really stuck) IT manager!

James come from a sporting background – cycling on & off-road throughout Europe, running ultra-marathons in the Alps, ski touring and even a spot of via ferrata! He’s spent time working off high ropes, makes his own backpacks and bike bags, has made pie med kits, is an accomplished drummer and was originally recruited to work with Tina at Tall Stories as a chef! 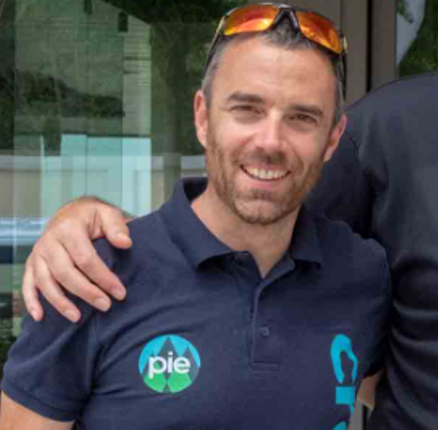