Kim has worked in the charity sector for 9 years and through her work has organised many fundraising events including black tie dinners and sporting events. In 2010/2011/2012 she worked  on the crew for a large London to Paris cycle ride with over 400 cyclists and she loved it so much it inspired her to buy a bike and take up cycling. In 2012 Kim joined her current charity GroceryAid and for the last 4 years has worked closely with Pie as a client organising the London to Paris cycle ride and Coast to Coast cycle ride. She even took part in both events and has completed the London to Paris 4 times and the Coast to Coast.

In 2016 Kim was pregnant with her first child and as she wasn’t cycling offered to work as a Tour Leader, she loved it so much she has now joined the team as a Tour Leader and looks forward to keeping our cyclists fed and watered! 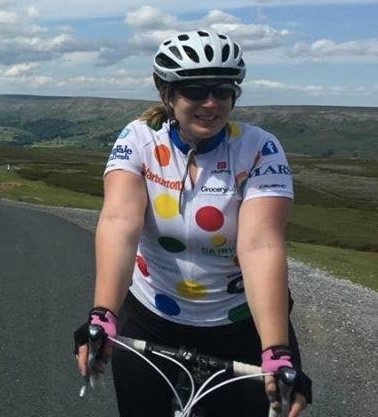