Mark was a keen leisure cyclist as a youth, enjoying regular rides out on his first bike, a Raleigh Record Sprint, cycling in and around Bradford. He returned to cycling in the 1990s when looking to keep fit for other outdoor activities including rock climbing and winter mountaineering in the UK and Alps.

Mark progressed to race both on the road and MTB cross country.  Cycling competitively led him to get involved in the local cycling club at both chairman and coach level.  He started coaching with local schools and in 2009 set up his own coaching company Velo Coaching coaching riders of all abilities throughout the UK, and also sponsoring a MTB race team.   In 2009 Mark began a part time career with British Cycling working initially with the Coach Education Department as a tutor and assessor.  He now delivers courses for British Cycling including road, cyclo cross, mtb coach courses throughout the UK.   In addition he also delivers MTB and Road leader training for British Cycling.

Mark also holds other outdoor qualifications including for mountain leadership, climbing and canoeing.  Mark has been looking after people in the outdoors since 1998 and joins pie as a bike guide. 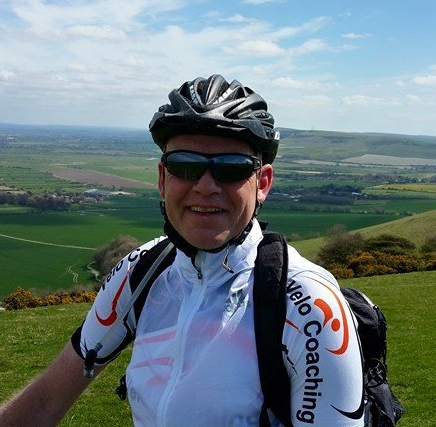