Martin took cycling up as a hobby whilst he was in the Royal Navy, in 1996 he left to pursue a job in the cycle industry. He worked in all areas & ended up travelling the world doing so, however missing home meant that in 2003 Martin moved back to St Ives in Cornwall.

On his return home, Martin had a chance meeting with a Sports Co-Ordinator from a local authority, he managed to show his passion for cycling which secured him some funding to become a British Cycling ‘Trail Cycle leader’ & a ‘Bike-Ability’ instructor under CTC – He currently looks after over 45 schools delivering cycle training within Cornwall.

In 2009 Martin worked on his 1st ever cycle challenge, a London to Paris – Folding Bike Challenge as a general hand. By the 1st AM Tea Stop he was asked to get out on a Brompton, by the time he had riden the group into Paris & the Eiffel, he was ‘hooked’!! Since then he has worked on a wide variety of events for different activity providers, including being a Cycle Guide & Tour Leader for Passion In Events.

2011 he completed the first ever ‘Leading Assisted Mountain Bike’ Award Scheme (L.A.M.B) and gained a qualification as a Level 5 coach, with this qualification Martin has been keen to encourage both adults and children with various disabilities to get out and give cycling a go.

Martin says “I owe so much to cycling, it has shaped my life & my families as well. All of my friends & colleagues that I know now are because of cycling……Cycling is my life & my job, I feel so very lucky to have a job in this industry”!

The only problem that he admits to, is to the amount of bikes he owns? “I ride every discipline from Road to Mountainbiking, razzing BMX tracks, to ‘sending it’ on dirt jumps & sk8 parks! – Which means I have far to many bikes in the shed”! 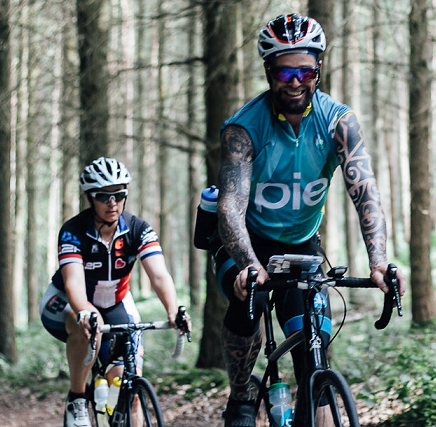