Cycling has been running through Martin’s veins for the majority of his life. Like many kids, he was very rarely seen without his bike but at 13 he started a paper round and started to appreciate the bicycle for what it is and a lifelong love affair began.

Like most kids Martin started out on a mountain bike. He found his niche in cross country riding which in 2005 led to his first cross country race. Martin competed up and down the country at club level and in 2006, won his first XC race. Having ridden on the road to train for these races, Martin decided to give the road scene a go, and in 2013 took his first victory. This was the first of many and over time he won more on the road, time trialling and on the track, which included the overall victory at the Halesowen 2017 summer track league in the A category. Since then, Martin has been on the podium at Herne Hill numerous times along with the Good Friday track meeting at London which is his favourite race on the calendar.

Away from racing, Martin has ridden various other disciplines such as bike trials, street and even ended up cycle guiding aboard a cruise ship which took him across the Mediterranean and the Caribbean. This has given him a wealth of knowledge and experience which leaves him feeling right at home on two wheels.

Cycling for Martin is very much a way of life. Now in his mid-30s, he is still rarely seen without his bike. He is incredibly fortunate to have had countless fantastic experiences, amazing memories and friends for life as a direct result of the bicycle, a trend which he is looking forward to continue with pie. 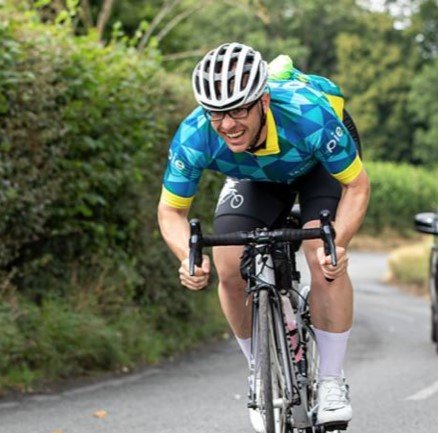