Phoebe joined PIE this year as one of the medics for our rides alongside her day (and night!) job in a busy inner city Emergency Department.

She has an interest in Sports Medicine and is regularly travelling around the country to various sporting events including Tough Mudder, the London Marathon and numerous ultra marathons alongside her work with PIE.

In addition to on-site event cover this year Phoebe was one of the team providing medical training to Kiko Matthews who went on to succeed in breaking the world record for solo rowing the Atlantic.

Outside of work Phoebe is a keen outdoor adventurist and can often be found on a beach kite-surfing, out running ultra marathons on the coastal trails or climbing to the top of big rocks in search of a view. Since joining PIE she has added cycling to her list of activities so watch this space! 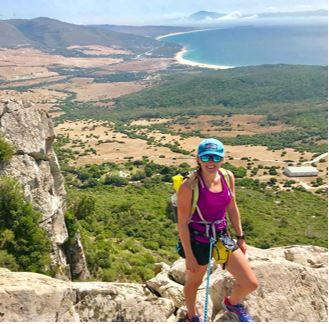