Rebecca has had a keen interest in sport and exercise since a young age and rowed, ran and played netball for her school, college and university. Some of her highlights included competing alongside Mo Farah in cross country at county level and achieving a top 25 GB ranking for 1500m. Her training at Oxford for the University Boat Race against Cambridge consisted of circuits, weights, running, erging and (of course) rowing; so knows only too well how to push the body to its hardest level.

It wasn’t really until after graduating university that she became a more serious cyclist; completing numerous sportives, several London to Paris’ and an amateur stage of the Tour de France. However, as her body aged, so did the need to work harder to maintain good mobility and avoid injuries, which is how her love affair with Pilates started and is now a full time Pilates Instructor and Personal Trainer.

Rebecca originally came across pie as a client, when she worked as a Fundraising and Events manager for a global sports foundation. She’s therefore not unaware of the challenges involved in trying to train whilst having a regular office job. As part of her job she managed fundraisers participation in sporting challenges such as climbing Kilimanjaro or running the London Marathon. She not only participated in most of the events herself, but also helped guide fundraisers through the process – including developing suitable training programmes.

Keen for a new challenge, she started competing in triathlons in 2011. While the bike and the run were familiar territory, the idea of a 750m open water swim was terrifying and her front crawl required many hours in the pool re-working her technique. She is therefore altogether aware of the emotional, as well as physical, demands that new sporting challenges can face and has worked with a wide range of clients: from keen, high level, amateur athletes to women of retirement age, who have not worked out since the birth of their 4th child – 30 years ago! This is why Bex can often be found guiding the more “sedate” groups and is more than happy to take her time taking in the gorgeous surroundings that pie rides take her through. 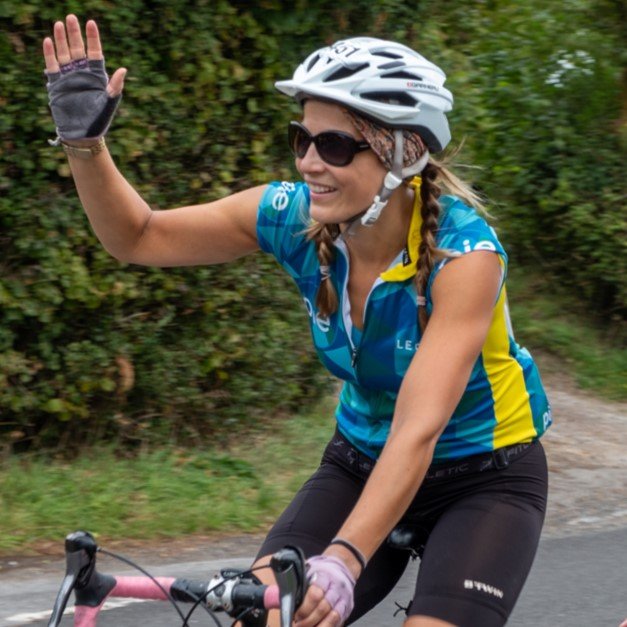