Sue has been racing mountain & road bikes since 1994, which has taken her all over the world as part of the Great Britain cycling team & several professional teams.

Highlights so far in Sue’s career include multiple national titles & several top ten places on the international circuit. She also classes spending two winters over in Australia on the Gold Coast, training away from the rain of the UK, as a highlight!

Sue represented England at the 2002 Commonwealth Games, narrowly missing a medal due to a puncture.

Sue enjoys all cycling disciplines & has competed at the highest level on the road & cyclo-cross in the women’s World Cup races with great success.

As a qualified Personal Trainer & Nutritionist, her clients benefit from her vast experience & motivation.  She is also a qualified massage therapist so can help “rebuild” clients once she has pushed them to their limits.

Sue has plenty of experience guiding groups both on & off road, including the likes of Formula One superstar Mark Webber & International Rugby star Ugo Monye.

When not racing, Sue enjoys hiking in the Lake District with husband Barrie & her springer spaniel Charlie, relaxing at home & seeing new places. She also enjoys yoga for relaxation.

Each summer Sue & husband Barrie take on an epic adventure cycle touring across mountainous regions completely self sufficient camping under the stars! 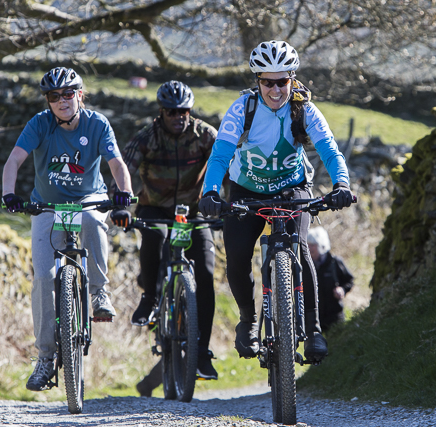